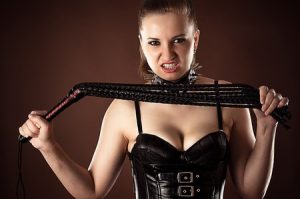 I woke the other morning with a serious need; I needed a new toy for the dungeon.  Not just any toy either.  To satisfy my needs I had to contact “The Toy Master.”  In my social circle there are many who have some talent at making toys for their own use, but then there are some who were born with a gift.  The Toy Master is such a one.  His sex toys are so in demand that you have to call ahead and make an appointment to view his wares.

I like to pride myself on keeping a tight rein on my emotions, but on the day I was to visit the Toy Master’s shop I was so excited I could barely contain myself.  I pulled into the driveway of a house that looked like any other house on the street and I was greeted by a man who could have been anyone’s grandfather.  We chatted as he led me around the back.  I admired his flourishing vegetable garden and he picked an apple for me from one of several fruit trees.

At the door to a normal looking metal sided work shop he turned to me and something about him changed. A wicked twinkle came into his eyes and he seemed to stand taller and straighter. Here, at last, was the Toy Master. He bowed me gallantly through the door and as it closed behind us I took a deep breath.

There were so many scents; leather, rubber, something sharp that might have been heated metal. My eyes widened as I looked around at the different items on display. Here was anything my dark little heart could dream of. There were floggers and whips, canes and crops, chains and ropes and harnesses.  I really was as happy as a child in a toy store. There was so much to look at I almost forgot that I’d had a specific toy in mind when I came here.

I heard him chuckle as I sighed and turned toward a wall covered in floggers of all sizes, shapes and materials.  I was tempted by one that he told me was made with real horse hair, but I knew that could wait. Today it was leather I wanted, leather that I needed.  The scent of it, the feel of it; it fed something inside me.  I held a few in my hands and trailed the flails through my fingers, none seemed to fit.  With a smile he brought out a box from a cabinet and opened it like it contained a treasure…and it did.

I lifted the flogger from the velvet lining and caressed the red and black leather that were woven around the handle, felt the deceptive softness of the flails.  It fit my hand as if it had been made just for me.  With a few twists of my wrist I caught a rhythm and smiled at the swishing sound it made as it parted the air.  I was so lost in the wonder of it that I didn’t even notice when the Toy Master removed his shirt, or when he walked to the other side of the room and stood before a large X-frame.

When he spoke his voice was soft, but it broke through whatever spell I had fallen under. His question was simple, did I want to try it out? Such a question. There was really only one answer.

Oh the sound of leather on flesh, the way the skin grew hotter and redder with each strike.

When I left that afternoon my need for a new toy had been satisfied and I think I had satisfied a need for the Toy Master as well.