My husband and I live a lifestyle that is known as a 24/7 power exchange.  You may know this as Master and slave or Dom and submissive. Here is a peek into our lives. 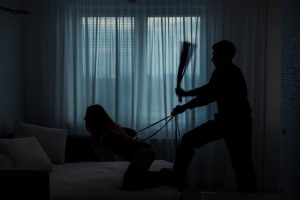 I’ve been a bad girl and I am to be punished.  My instructions for the day were to complete my normal tasks and then, as an extra, to perform a special service that Sir required.  Yes, I call my husband Sir.  He calls me His treasure.  You may think it sounds hokey but we live our lives a bit differently than most.  Sir is a Dominant, and I am His submissive. We live this lifestyle in what is often referred to as a 24/7 power exchange.

Please don’t misunderstand me.  I am not a victim.  I am not simple or uneducated and therefore don’t know better.  I am a very successful woman.  I run my own business and have several employees that look to me for direction and depend on me for their livelihood.  I make a very good living doing what I do, but it was slowly killing me.  I needed to be able to let go, to release the reins of responsibility and know that someone was there to catch me if I fell.

This is how it works for us. Sir controls pretty much every aspect of my life.  I chose to give Sir this power over me for my own sanity and, yes, even my own pleasure.  I have given Him this power over me, willingly and whole heartedly. In exchange He gives me a focus and direction that I had been lacking.  He also doles out punishment when needed, and today it’s needed.  You see, I failed to complete a task I was given.  Not because I didn’t have time or because it was something I couldn’t do.  I failed because I was doing something else, something I wasn’t supposed to be doing without Sir. I was sneaky and self indulgent.  The first part of my punishment is to write this essay explaining my punishment and the reason for it.  The second will come after Sir has read it and decided if it is good enough.

As I write this Sir sits across the room in what we like to call ‘the Big chair’ and He’s watching me.  He has a tiny remote control in his hand.  It is connected wirelessly to an egg shaped toy that I hold deep inside my body.  If I pause too long in thought, or if I become distracted in some way, Sir pushes the button and the egg vibrates to life.  You may think this would be a reward, but trust me, it isn’t. I must continue to write my essay, vibrating egg or no vibrating egg. No distractions.  Did I fail to mention that I am also completely naked?  Well, mostly naked.  I have two weighted clamps attached to my nipples. Not heavily weighted, but after a while they start to feel like they weigh a ton.

You’re probably wondering what I did that would merit this kind of punishment.  What was the special service that Sir required of me and what could have gotten in the way of doing as I was told?  Well, today was my day off and Sir wanted me to send him a picture by text every hour, on the hour. That was it.  Not a big terrible task.  They didn’t even have to be sexy pictures, just pictures of me doing whatever.  I didn’t have to stay home; I didn’t have to perform any kind of specific act.  He just wanted to see my face every hour….and I failed.  I failed because I wanted to watch a movie that I had saved to the DVR, a movie that Sir had already told me I could only watch with Him.  I watched the movie and I got so caught up in it that when the time came for my next picture I didn’t notice.  I was exactly 24 minutes late sending the picture.

But you see I’m not being punished for simply watching a movie.  I am being punished for willful disobedience.  I knew the movie had to wait but I thought I could get away with it.  I thought Sir would never know.  In making that choice I decided that I was in control, that I knew better than Sir what I needed.  For that moment in time I took back the power that I had given to Sir.  I violated a contract we held between us.  What’s worse, I disappointed Him. 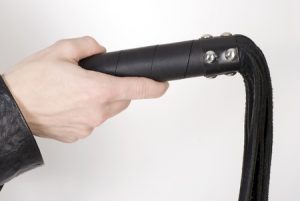 So when Sir arrived home I was honest and told Him why I was late sending the picture.  Now here I sit, finished with the first part of my punishment and anxiously waiting to be told what the second will be.

p.s. The second part of my punishment is to be the use of Sir’s favorite flogging whip on my bare backside.  Since I was 24 minutes late sending the picture I will receive 24 lashes. Sir also had to use the remote egg five times while I wrote and He also found three spelling errors in my text.  That will add 8 lashes.  I will then be sent to bed in the guest bedroom and not allowed to sleep in the bed with Sir.  I think the last part of my punishment hurts more than any of the rest.