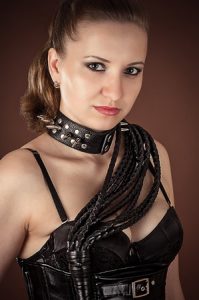 In the car I am careful not to distract him as he drives, but I can’t help wanting to play a little. I just love the sound my fingernails make when they scratch over denim. I also love how it makes him shiver. It may not seem like it, but it’s all part of teaching him. I have told him to keep his hands on the wheel and his eyes on the road…and not to make a sound. There’s something I like more than my nails on denim; my nails on skin.

At first I just drag them lightly, a slow sweeping stroke from left pec to right abdomen. Let him take a breath and do it again, each time with just a little more pressure. I can feel his muscles clench under my hand and I know that the harder I scratch the more he likes it. By the time we reach our destination his breath is coming in short, sharp gasps and there are raised red welts across his chest. I can feel the need pulsing through him and I revel in knowing there will be no relief for him tonight. Not unless I say.

He parks the car and runs around to open my door for me like a well mannered gentleman. As I step out I reach up to slip a plain leather collar around his neck and attach a leash of metal links to it. This isn’t anything special, it’s just a play collar. It just shows that for tonight he’s mine. It lets anyone else whose eye he might catch know that if they want to play with him, they have to go through me. But not tonight. Tonight I don’t plan on sharing.

There are already several people at tonight’s party; friends and acquaintances and even a couple of former playthings. They watch my new toy with eager eyes, taking note of the red marks on his flesh. It was at a party like this that we first met and he asked for an introduction. He knew he needed someone to take him to the next level, to help him move from just this side of vanilla to having some real experience. There’s only so far you can go on your own. 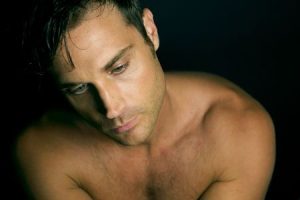 I tug hard on his chain and he comes to heel at my side, first kneeling and then leaning forward onto all fours. These heels I’m wearing make my feet tired; I need a comfy place to sit. His back does the trick nicely. I sit and chat with a couple of my friends, and all the while he is still as the chair he serves as. He really is a good boy. I stroke the back of his head to show him I’m pleased with him.

There are always interesting things to watch at a party like this. Sometimes it’s just people playing, other times it’s a demonstration of technique or a certain implement of pain and pleasure. Tonight we haven’t come to play. Tonight is simply an outing to see how he behaves in public, how well he takes my direction. So far he’s done very well, so well in fact that I think I will reward him. Not like that, you naughty people, it takes a lot more than one well behaved evening to deserve a night in my bed. He may never reach that level, but he has earned his own release, and he’ll have to achieve it with his jeans still fastened. I smile to myself as I think of him driving to his own home later wearing the evidence of his first lesson in giving up control.

Next time, and there will be a next time, we’ll see how he performs with others watching.

1 thought on “First date with a male sub Part 3”